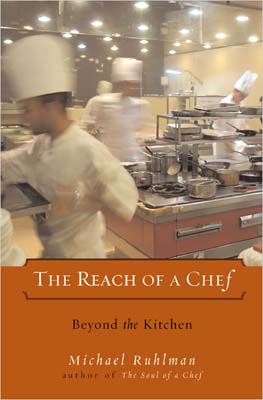 Michael Rulman’s book The Reach of a Chef is an interesting commentary on the rise of the “celebrity chef.” He talks about how the industry has changed since the chef became a brand, and cooking has become as much about “entertainment value” and “celebrity pull” as it is about flavor.

Ruhlman also discusses how the great celebrity chefs — including Wolfgang Puck, Emeril Lagasse and Anthony Bourdain — are so successful that they no longer have time to do what has made them successful in the first place.

The book also includes profiles some of the biggest influences on American cooking.

Check out Anthony Bourdain’s candid interview with TV Guide where he talks about the upcoming season of No Reservations, his fight with Rachael Ray and other celebrity chefs, and his recent life change. 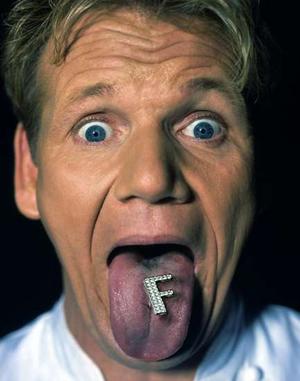 Askmen.com has made its list of the 6 most influential celebrity chefs. They’ve shaped public opinion, and even changed the culinary community.

Read the reason for their selection — and post here why you agree or disagree with their list. Who would you have included?

Celeb chefs are huge opinion makers, and it’s not uncommon for them to spin that image to their advantage by releasing cookbooks or endorsing products. But critics are wondering when they should draw the line. For example, Anthony Bourdain was disgusted by Rachael Ray’s decision to plug Dunkin Donuts, a product not really known for its refined flavor (more of refined sugar).

“She’s got a magazine, a TV empire, all these best-selling books — I’m guessing she’s not hurting for money,” said the Kitchen Confidential chef. “She’s hugely influential, particularly with children. And she’s endorsing Dunkin’ Donuts. It’s like endorsing crack for kids.”

The endorsement comes amid reports of increased juvenile diabetes, and in some people’s opinion, runs counter to TV chefs’ efforts to teach families to cook delicious, nutritious meals. Jamie Oliver, after all, actually went school cafeterias to think of non-greasy alternatives to the average school lunch.