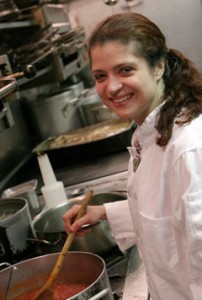 The judges during the finals were highly acclaimed chefs. They are Iron Chefs Michael Symon, Bobby Flay, Masaharu Morimoto including the latest Iron Chef winner Geoffrey Zakarian, food and travel writer Simon, restaurateur Donatella Arpaia. According to Symon, it was a close fight as the last remaining contenders did make delicious and inventive food.
END_OF_DOCUMENT_TOKEN_TO_BE_REPLACED 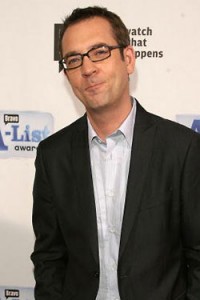 In some parts of the world, Fridays are considered to be a “meatless” day. That is, some people do not eat pork, beef, or any other animal flesh (except for fish and other seafood). I think this is because Friday is traditionally believed to be the day that Jesus Christ died. I could be wrong about the reason, but in any case, I am sure about this: Iron Chef Mario Batali has joined a cause. The Meatless Monday cause.

What’s it about? The initiative is being carried out by The Monday Campaigns, together with Johns Hopkins Bloomberg School of Public Health. The main goal is to cut back on the consumption of meat by 15% by not consuming meat on Mondays.

Now why would they want to do that? The answer is simple: eating less meat can be good for your health. Eating less meat also contributes to the efforts to save the planet.

The idea is noble, and the implementation quite simple – theoretically. For meat lovers, it might not be as easy.

Anyhow, famed celebrity chef Mario Batali, who is known for his love of meat, has decided to join the cause. It might seem ironic at first, since he has this awesome way with all sorts of meat. However, the chef himself justifies his commitment to Meatless Mondays:

“The fact is, most people in the U.S. eat way more meat than is good for them or the planet, Asking everyone to go vegetarian or vegan isn’t a realistic or attainable goal. But we can focus on a more plant-based diet. That’s why I’m such a big believer in the Meatless Monday movement!”

So how’s the chef going to go about it? All of his restaurants – all 14 of them – will be serving at least two vegetarian options every Monday. Pretty cool, although it would have been more radical if he had decided not to serve meat at all on Mondays, right? 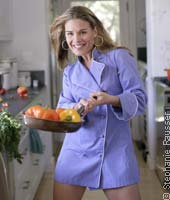