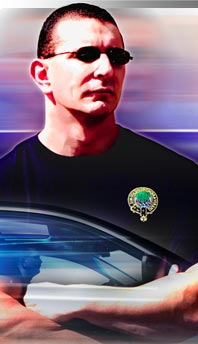 Food Network is shopping for a new host of its hit show, Dinner Impossible. Apparently, Robert Irvine had lied in his resume. He had said that he helped design Princess Diana’s wedding cake, was part of the White House kitchen, and completed a degree at the University of Leeds. Then the St. Petersburg Times published an article disputing his claims. The station look into it — and discovered that yes, he was a fraud.

In a statement, Food Network said that “there were some embellishments and inaccuracies” and will delete any mention of them in the episodes. While they have to air existing episodes (it’s part of his contract) no new segments will be filmed.

“We appreciate Robert’s remorse about his actions, and we can revisit this decision at the end of the production cycle, but for now we will be looking for a replacement host.”

Irvine is remorseful, and adds that he was part of his participation in the Guest Chef program in the White House, and his stint on Royal Yacht Britannia (hey, how did that become Princess Diana’s wedding cake?). “I should’ve stood by those accomplishments instead of embellishing them.” He promises to “work tirelessly” to regain his fans’ trust.