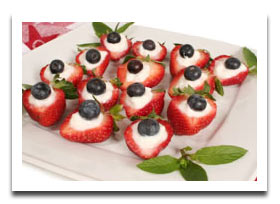 It’s the oldest trick in the book – you’re trying to get someone to fall for you, so you promise to cook them dinner from scratch. Anyone can pick up the tab at a restaurant, but it takes real commitment to make the meal yourself. That’s what makes chefs such a hot commodity on the dating market, if you can ever get them out of their restaurant kitchens, at least.

So what do chefs cook for their dates? Here’s what these 3 famous chefs put on the table when they want to woo.

When NYC chocolatier Aditi Malhotra is ready to bring home that special someone, she doesn’t start with the sweet stuff. Instead, she says that her ideal meal would be three courses; she’d start with a beautiful salad, then a fish dish, and only then would chocolate enter the picture. Her final course, either a chocolate cake or mousse, is sure to seal the deal on any date.

Nadia G, host of Cooking Channel’s Bitchin’ Kitchen keeps the mood light on and off screen, but she’s also living proof that even stars can have a hard time finding a date. Yes, like so many of us, Nadia has spent plenty of time honing her online dating profile to attract the perfect man. What has she learned while swiping through dating apps? Mostly that there are a lot of strange characters out there, including men she categorizes as “Mr. YOLO” and “The Needy Vampire.” These guys aren’t getting a home cooked meal any time soon.

When she does find Mr. Right, what will be on the menu? We’re hoping for the gorgonzola risotto she makes on her show, although maybe she favors putanesca – the magic first date food that changed our next chef’s life.

When it comes to dating, you may not want to open with pasta putanesca, which translates to “the whore’s pasta” – but if you do, you never know what might happen. For Top Chef season 13 contestant Karen Akunowicz, it was the meal of a lifetime.

In an attempt to snag a date with one of her coworkers at Planned Parenthood, Akunowicz promised a home cooked meal, a daring venture since her mother used to say she couldn’t boil water. Not knowing this about her, however, her coworker agreed and Akunowicz grabbed a cookbook and got to work. A few years later, this same date encouraged her to pursue her new found love of cooking by going to culinary school.

Today Akunowicz admits that the putanesca was dreadfully salty, but she’s also the executive chef at Myers + Chang, so she’s clearly learned from her mistakes. And she’s happily married, so the cooking seems to have paid off.

Cooking dinner may not be the easiest way to win the heart of that special someone, but it’s a tried and true strategy. And the truth is, you don’t have to make anything fancy. What makes it so romantic is the gesture itself. So don’t be afraid to whip out those pots and pans on your next date – it could be just the thing to take your relationship to the next level.