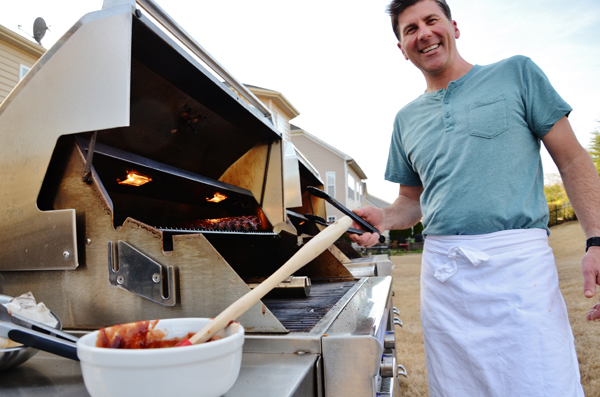 If there’s one thing we know about great athletes, it’s that they love to eat. They have to – in order to sustain intense training athletes require high nutrient diets that will give them energy but not make them feel weighed down. To meet these nutritional needs then, and to satisfy their sophisticated palates, many star athletes have private chefs at their beck and call.

So who are the chefs who cook for sports stars? Here are 3 of the names behind the greats, fueling performances from the kitchen rather than the sidelines.

Chef Lawrence Males has cooked in a lot of high pressure situations, including a fundraising event for President Obama – who turned out to personally meet the chef – and the 1996 Olympics in Atlanta. But perhaps Males’ true MVP performances were as personal chef to NBA star Michael Jordan. Jordan, who lead the Chicago Bulls through the 1990s while inspiring legendary sneaker designs, thrived on Males’ cooking, which includes a lot of Caribbean influence. Sounds like a slam dunk!

As chef to celebrity athletes in a range of different sports, Chef Glenn Lyman is a flexible, all-around stand out in the culinary world. He’s fed everyone from Olympic swimmer Ryan Lochte to the NBA’s LeBron James and Prince Fielder of Rangers fame. And what’s more, Lyman doesn’t just cook for these athletes, but works some serious magic on poor dietary plans, transforming comfort food favorites like stewed collard greens and fried chicken into more nutritionally sound versions. With these skills, we’d recruit Lyman for any kitchen position.

One of the most well known Japanese chefs in the world, Iron Chef Masaharu Morimoto knows what it takes to feed an athlete because he used to be one. Morimoto grew up with dreams of going pro in baseball, but an injury left him sidelined and looking for alternatives, which led him to cooking. Now the sought after chef has the pleasure of feeding greats like tennis star Serena Williams, who he says favors spicy salmon with plenty of cucumber, as well as crab meat. Morimoto also still hits the diamond for fun and has the great pleasure of tossing out the first pitch at MLB games, but does most of his own competing in kitchen stadium these days.

Morimoto is actually just one of a number of chefs who started out as athletes, including cyclist Michael Chiarello, a celebrity chef who’ll still take on a leg of the Tour de France for fun, and Gordon Ramsey who played soccer in the British Premier League – the pros across the pond. It makes sense that great chefs and star athletes would have a lot in common, though. Whether you’re in the kitchen or on the court, it takes passion to perform like these chefs and athletes.