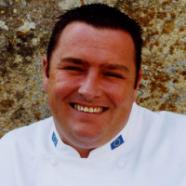 Next time someone approaches you and says they have connections to Jamie Oliver, Gordon Ramsey, or any other celebrity chef, think twice. Especially if the person is named Kenneth Goldsmith.

Actually, you do not have to worry much about Goldsmith anytime soon. He has been convicted of his crimes and has been jailed, where he will stay for the next 3 ½ years. Goldsmith hails from Norton Disney, Lincolnshire in the United Kingdom. He has conned a lot of people into thinking that he was a trained chef and that he is good friends with renowned celebrity chefs Jamie Oliver and Gordon Ramsey. His modus operandi was to convince entrepreneurs to invest in his “business.” Using his supposed connections with the other REAL celebrity chefs, he was able to persuade a lot of people. The result? He was able to live an extravagant lifestyle, which he enjoyed with his girlfriend Kirsty Emmans.

Naturally, the scam came to light, as most other scams normally do. The couple were caught, tried, and sentenced. In the meantime, the celebrity chefs in question walk away smelling like roses.

I find it quite funny how Goldsmith made up stories about his relationship with the chefs, though. There is this one story about how, when they were much younger, Goldsmith flushed Jamie’s head down the toilet. Now why would anyone want to do that?

And what do Oliver and Ramsay have to say about this? Nothing, I guess. They have not released statements, and perhaps they should just keep it that way.