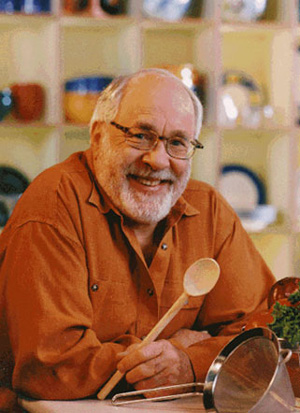 James Barber, better known as TV’s “The Urban Peasant” passed away at the age of 84.

He died as all TV chefs hope to die — in the middle of preparing a delicious, comforting meal. He was preparing a pot of soup, with vegetables handpicked from his 4 hectare farm in Cowichan Valley.

“As far as we can tell, James was sitting at the dining room table, he was reading a cookbook, and he had a pot of soup simmering on the stove. So he definitely left this world in a way that he would have wanted to, but I think he would have been pretty upset about the timing,” said his wife.

Though Barber had long retired from his show — which ran for 10 years — he had just released the cookbook “One Pot Wonders” in July 2007. He is also known for his cookbook “Ginger Tea Makes Friends.”

Barber was loved for his simple style that made cooking less intimidating and more practical for “regular people.” He’d use ingredients found in corner groceries and gave no-nonsense advice on food budgeting.