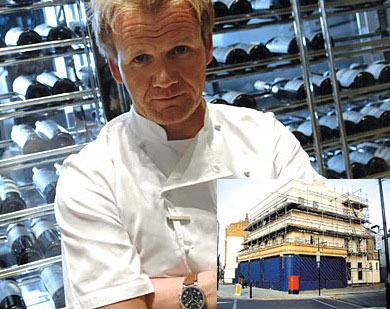 Doesn’t Gordon Ramsay have enough to do? Running restaurants (with a total of 10 Michelin Stars), reality shows, and cookbooks galore — shouldn’t he go off and do something fun for change, like an anger management class?

But no, the super celebrity chef has a new project: getting involved in the hotel business. Aside from catering to Trianon Palace at Versailles near Paris, and the London Hotel in New York and now Los Angeles, he’s just purchased a 10-room boutique called York & Albany. His friend, Angela Hartnett will be running the kitchens, though.