Just because some chefs are celebrities does not mean that they do not encounter serious problems in their daily lives. If anything, history tells us that they have it worse as news of their personal misfortunes are plastered all over the newspapers, and now in the Internet as well. 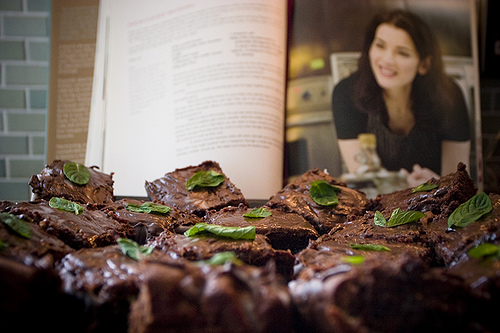 Nigella Lawson, world famous TV chef and cookbook author, knows this firsthand with controversial photos of her being choked by millionaire husband, Charles Saatchi, making the Internet rounds. The incident, which was seen and photographed by paparazzi named Jean-Paul, has drawn everyone’s eyes to Nigella Lawson and the issue of domestic abuse.

Depending on which publication you would believe though, it seems that Nigella either wants a divorce or is denying that she is a battered wife and would actually prefer to stay and work things our with Saatchi. Whatever the truth may be though, it cannot be denied that the incident happened, and while it is ideally the couple’s private affair to work out, Nigella’s celebrity status will ensure that the issue stays in the public eye.

As one of Nigella’s fans though, all I can hope is for her to make the right decisions both for herself and her kids. And that hopefully she can keep focused and realizes that these things do get resolved and all the talking dies down eventually. After all if the public can rally support for Martha Stewart back when she was convicted for tax evasion, Nigella can be that her loyal fans will be even more supportive of her in this issue.

However things pan out for Nigella personally, for the rest of us, what’s important is that we do more than just gossip and take a step in fighting domestic violence. Tragic life events for celebrities remain only as such if we don’t turn them into something more positive.