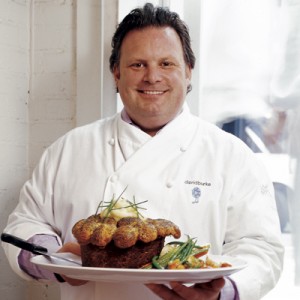 Celebrity chefs may be the best cooks on earth but that does not mean that they are the most behaved as well. Being celebrities, they are also not exempt from problems and rumors and all that kind of stuff. Usually it is Jamie Oliver who is in this kind of pickle. This time, though, it is David Burke that is the target.

The name not familiar? David Burke is the owner of several restaurants, one of which is David Burke Townhouse in New York. Burke has also appeared in some shows like Iron Chef America.

Anyhow, chauffeur Thomas Heiser, 28 years old, has filed a lawsuit against the chef. In a Fort Lee Municipal Court, he claimed that the chef punched him in the face when he asked for a day off because it was his wife’s birthday. According to a UPI report Heiser explained:

More than being merely punched in the face, Heiser also says that Burke slammed his head on a car trunk.

So what has the chef got to say about this? Burke says that he did insult the chauffeur but he that he never did lay a hand on him.

Now who to believe? I don’t know. We don’t have that information. But we do know that if the chef is convicted, he will be facing up to six months in jail.