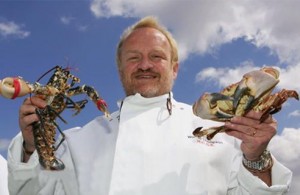 You would think so! After all, these celebrity chefs are excellent in their field and anything that they would endorse should be up to par with their standards, right? Apparently not!

Which?, a consumer magazine, recently conducted a test on various kitchen tools and gadgets that celebrity chefs endorse. And what did they find out? Many of these gadgets do not measure up to the reputation of their celebrity chef endorsers!

The Herald ran a story on this and named some of the high profile chefs and their kitchen appliances and tools. While many of them did not really exceed the performance of non-celebrity chef gadgets, not all of them were “fails.” In fact, there was only one that was marked as a “Don’t Buy” – Rosemary Conley’s EnerGi HG6 Health Grill. This scored a mere 34 out of 100. The reason for this pitiful mark? The grill heated slowly, produced “awful vegetables and pallid chicken” and was difficult to set up and clean.

Other celebrity chefs whose products were scrutinized include:

-Worrall Thompson, said to be the most licensed celebrity chef in Europe, with sales of £60m in 2008 from products ranging from barbeque cleaners to cookers. Note: the judges said that his products were more of a hit and miss thing.

– James Martin, host of BBC1’s Saturday Kitchen, were awarded the highest ratings. His hand-mixer and mini-chopper (68% and 67%) triumphed over those of his rivals, but neither rated in the Best Buy category.

So should you buy celebrity chef-endorsed products? Up to you!