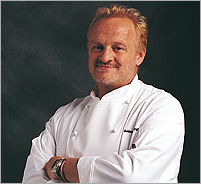 When a chef achieves celebrity status, certain expectations arise from the masses. The first is that they can cook. The second is that should they have a restaurant business or be involved in one, their restaurants should be superb places that meet at least the basic minimum standards for health and food. They can have a rating of so so but never a zero. That is just unthinkable for many.

Unfortunately, Antony Worrall Thomspon’s latest pub has gotten a zero from the food hygiene inspectors. A spokesman for the health department for the West Wilshire District Council said that all they were interested in is ensuring that each place they rate meets the hygiene standards.

Thompson says that the rating was unacceptable. It was made in December when the pub was being run by a different chef, who has already been sacked. He points out that he merely set up the menu and had an agreement to make a once a year guest appearnce at the pub. It was the pre-christmas rush at the time and they were undermanned.

Would anyone say these are valid reasons? All that Thompson can do is improve the service and try to get a better rating the second time around.