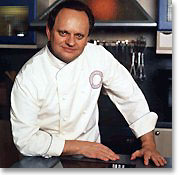 The awards are raining, and that is a great thing for any chef or restaurant. Awards are a way to identify that a restaurant is a great place to eat and this year, if you are in Las Vegas the MGM Grand is the best place to go since they have received the most number of 2007 AAA Diamond Awards – a total of 14 awards.

Truly if you are in Las Vegas, the MGM Grand is the place to go. After al they have been rated AAA diamond for their entertainment and services – that is the most important thing when you go on vacation.