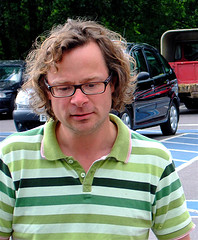 According to Radio Times, the controversial chef told them that “You can’t object [to eating puppies], unless you also object to the farming of pigs. It’s an artificial construct of our society, a cultural decision, to make pets out of dogs and meat out of pigs: both animals could be used the other way round.”

Being a newly-converted vegetarian, he also said though that his stand on “high-welfare organic puppy farms” is just a matter of principle, and that he wouldn’t really eat puppies in practice, at least not unless he’s starving. While the statement is likely just him trying to point out his new found love for animals and his stance on the undesirability of eating pork, they are not going down well at all, especially with the RSPCA, WSPA, and other animal welfare advocates.

An RSPCA spokesperson already told the Daily Mail that even if the chef’s “comments may seem sensible but are actually quite controversial – especially when dogs are our most popular and loved pet.”

WSPA, on the other hand, is clearly against the issue as they have been working on ending the dog meat trade in South Korea for more than a decade now. According to their website, “The commercial production of dog meat involves cruelty at every stage, from ‘dog farm’ or street capture through to transport

and killing.” And as Dr Les Sims of the Hong Kong Government Agriculture Fisheries and Conservation Department has stated (via The Telegraph), “No country in the world has developed a humane way of raising and slaughtering dogs, and in our opinion, it cannot be done”. 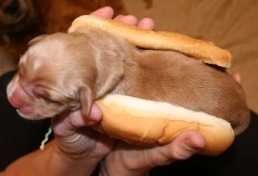