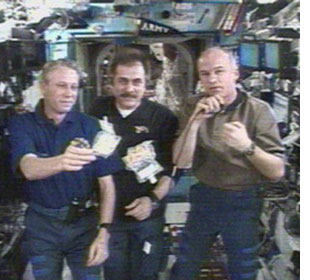 When someone’s food is chosen to be served at major occasions or for certain people, it is definitely a singular honor to be chosen. There is nothing like being asked to cook for some of the people with the toughest and riskiest jobs – our astronauts.

The honor has been given to celebrity chefs Emeril Lagasse and Rachael Ray. Their recipes were analyzed, tested, processed, dehydrated and packaged into food packets for space. The astronauts then got to enjoy the taste of these special dishes which must have made a nice break from the regular fare.

Will other celebrity chefs be sending up their dishes? No word has yet been said. It is sure though that our astronauts love the food.