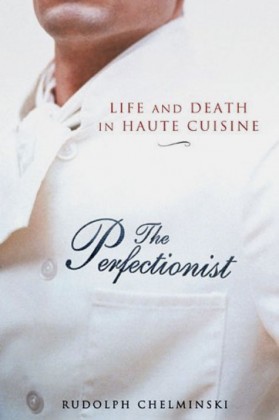 The Perfectionist: Life and Death in Haute Cuisine tackles a well-known case of a three-star French chef commiting suicide in 2003, just after finishing the daily lunch service.

This elegy to Bernard Loiseau of La Cote d’Or was capably written by food journalist Chelminski. It chronicles Loiseau’s total lack of social skills, his bipolar personality, and his obsession with the Michelin Red Guide. It also talks about the intense competition and politics in the culinary world.