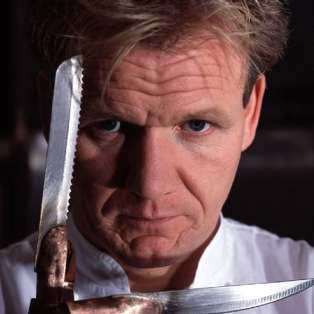 Can you believe this? Gordon Ramsay is getting sued for a million. Apparently, Martin Hyde (whose kitchen was featured on Kitchen Nightmares) says that he got ridicule, not constructive criticism, and that his reputation was ruined after Gordon called him a “lazy t*****” on national TV.

Oh, grow up, Martin. Almost everyone gets humiliated on Gordon Ramsay’s show — or reality shows, for that matter.