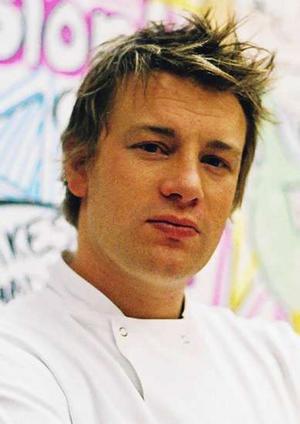 Jamie Oliver had to apologize to British supermarket chain Sainsbury (and all its 150,000 staff) for supposedly ignoring his invite to appear on his documentary, Jamie’s Fowl Dinners.

The show released findings that 95% of chickens and about two thirds of eggs are bred in conditions that affect their welfare and the quality of the produce.

Olivers had invited 3 supermarkets to take part of the documentary, and was “really upset” when they didn’t show up for the filming. “Why didn’t they come? What is there to hide? It is shocking that the people I work for did not turn up on the day. I do not know why. How dare they not?”

Not a nice way to treat a company he endorses (to the fine tune of 1.2 million pounds or$2.35 million).

That got the president of the chain to call Oliver, who later wrote an open letter to the employees, praising them for their stance. “Indeed I would not have continued working with Sainsbury’s for so many years if I did not believe that you were showing real leadership,” his letter said.

Nobody’s talking, but the president has said that the letter was Oliver’s idea. “When he says things about Sainsbury’s people believe it is what he really thinks.” At the same time, the chain released several ads that reiterated its pro-animal welfare stance.