Whoever said that a government job always need be boring?

Justin Timineri, Florida’s state chef, the only state chef in the entire United States is proof otherwise. As Chef Timineri himself said, “I have

the best job in all of state government.”

getting back with an ex> 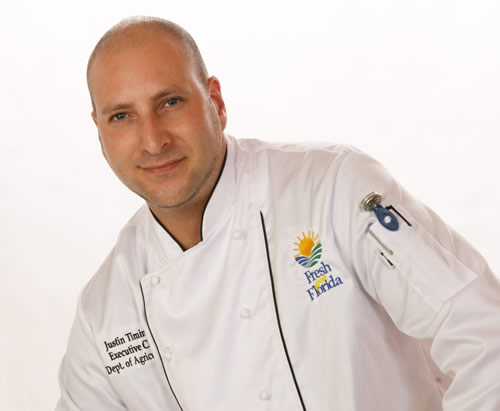 His job as state chef after all does not entail cooking in a grimy hot kitchen in preparation for the massive influx of hungry employees during lunch hour, but instead is tasked to travel around Florida showing locals how to incorporate fresh produce and seafood into their regular meals. More importantly, he does with a realistic budget in mind. In

fact, he specifically creates healthy menus with people who are on food stamps in mind; and if that doesn’t mean affordable meals, I don’t what is.

Aside from getting the locals to eat a bit more healthily, his other important role as state chef is

to promote Florida’s produce and seafood, not just to locals, but all over the world. In fact, he’s going to Brussels, Belgium in April to attend the European Seafood Expo to try to get more attention focused on the Florida grouper. And with Florida’s second biggest industry being Agriculture, we can be pretty sure he’ll be promoting more vegetables and fruits outside Florida soon.

And if you’re wondering how much a state chef makes? Chef Timineri is paid $43,000 for doing what he does. Of course, he also probably saves on food, nibbling on his creations. While the pay is not at all that glamorous, you can bet his job is rewarding. 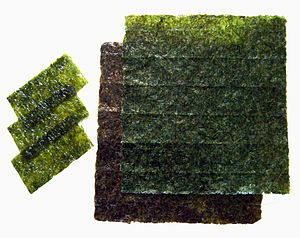 I like shopping for groceries on my own because doing so with my husband and kids invariably means a lot of items that are not on the grocery list. Nevertheless, the grocery trips end up being fun (albeit tiring) and a good way to introduce the kids to new food.

One of the things my hubby got during out last trip was two packs of Nori – one plain and one wasabi flavored. If you don’t know what nori is, it’s the rather fishy-smelling papery ingredient they use as sushi wrap. Nori, which by the way is dried edible seaweed, is actually used in Japanese cuisine not just as sushi wrap, but topping and condiment for noodles and various dishes.

Feeling rather adventurous with the kid’s palate, who by the way are still toddlers, my husband gave each a strip of nori (not the wasabi flavored of co

urse!). We were expecting to see scrunched up faces and little tongues sticking out as they spit out the nori in disgust. Surprise! Both kids finished of their little strips in minutes and promptly held out their hands for more.

So what’s my point? The point is simply that it’s never too early to start training your kid’s palate so that they will be able to appreciate all kinds of food better

as they grow. Not only will you be helping them in case they do end up as aspiring chefs when they grow up, but you’ll also have an easier time feeding them as they grow up because chances are they won’t be such picky eaters.

Oh, and here are links to some recipes that use nori as ingredient from celebrity chefs Dale Talde (Nori Seared Tuna Steak) and Janella Prucell (Brown Rice Tempeh Nori Rolls). 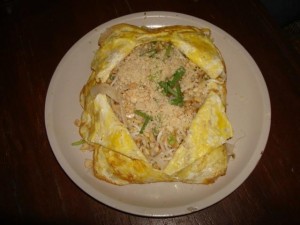 Last night saw me craving for some Thai food, which meant that the whole family ended

up in the local Thai restaurant. Of course, when it comes to Thai food, the best kind you’ll get will still be straight from the experts – the street vendors. Unfortunately, that would mean having to fly over to Thailand just to get my favorite Thai dish – the Pad Thai.

If you’re craving for Pad Thai though, you don’t even have to go to fly to Thailand for an authentic tasting dish. I’ve found one of the best Pad Thai recipes that you can try at home. If you do it right, you’ll end up with a dish that tastes just like the best that Thai chefs make. Just make sure you always prepare the sauce first, because that’s how any self-respecting Thai chef does it!

Christmas Day may have come and gone, but the parties are far from over. With New Year’s Eve approaching, you can bet that the drinks will be flowing again in abundance (if it has stopped for you) in a few days time.

If you’re looking for some posh, but simple cocktails to serve during your party, why not give these three cocktails that chefs’ themselves swear by:

briskly until well chilled. Strain into a cocktail glass and serve.

Pour ingredients into a shaker with a generous handful of ice. Shake well until your fingertips ache. Strain into a martini glass and serve.

Add the orange-flavored liqueur, honey and strawberries to a food processor and process until smooth. Fill the chilled glasses halfway with the strawberry mixture and then fill the rest of the glass with Champagne.

Each of the cocktails above offer a very different taste so you can choose whichever will suit your palate best. The Red Hook is “dark, seductive, brown, and just a little bitter”, while the Aviation is “bright, gin-y, and tart with lemon juice.” The Grand Champagne Cocktail, on the other hand, is pretty sweet and probably has a more universal appeal.

Recipes and images via ThePauperedChef and FoodNetwork

Boiling eggs are really tricky, especially if you’re cooking for a group of people who like their eggs in varying stages of “hardness”. Add to the fact that the rate at which eggs cook depend not just on the amount of time it takes to cook them, but also the temperature at which they were stored, and also the size of the eggs. With so many factors to consider, it is no wonder that sleepy cooks end up with “wrongly” cooked eggs. 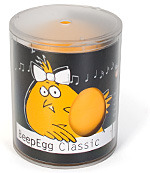 can relax, maybe even sing with it as you make breakfast.

The BeepEgg is an egg timer that you put in the pan with your eggs as you boil them and will tell you whether the eggs are already cooked. Fish out the eggs for the people who like their soft boiled when you hear the egg sing “Killing Me Soft

how to make him fall in love with you again free

Was a Hen”, at which point you can fish out the eggs for those who like it medium. You’ll know that the remaining eggs are already hard boiled when you the classical tune from Carmina Burana coming out of the plastic egg.

How to use the BeepEgg

While it all sounds really silly, the BeepEgg works perfectly so that you don’t even have to worry about getting your eggs to room temperature before your boil them. Just make sure that you also store the BeepEgg along with the real eggs because it works by calculating the inner temperature of the eggs based on the temperature it was stored and the boiling water.

Oh, and if you’re getting irritated with all that singing, just dunk the Beep Egg in cold water.